“Everything I touch turns to cinder”

Kenza in WWW: What a Wonderful World von Faouzi Bensaïdi

Web 2.0 startup of the day: More and more, social software is becoming a direct mirror image of social interaction as we know it since kindergarten. The German startup www.lästr.de offers unique features in its ability to spread gossip about other users, and specifically exclude the subject from the board where he or she is being discussed. Special moderation features automatically recognize and downrate postings that are too balanced or fact-based, or indicate their sources. Karma points are distributed based on “dirt that sticks”: phrases and formulations that are copied most get the highest ranking.

When I first heard Ken Schwaber’s talk I thought wow, exactly, he’s right, we don’t have a chance, the end of the world is nigh.

When you have some central piece of software that many other projects rely upon, that central track is often pressed into delivering features earlier than is good for the software. As a result, you get software that

…but couldn’t you say the same about any piece of code? Some simple facts: Overstaffing a project is not an economic idea. The power to change things in unforeseen ways implies the power to break things – the difference being made by the developer’s understanding of the consequences. The ability to understand code depends not just on the code, but on the newcomer’s background knowledge. What remains “magic” depends on your willingness to understand, which to a large degree is a social and personal thing. Something that is easy to use the way it was designed, or the way it is implicitly used by its fans, may be very hard to use in a different way or for a different purpose. A test harness appears especially bad if you don’t understand what it tests, or if it does not test the cases you consider relevant.

Which, to me, means that a “central” piece of software essentially poses a knowledge management problem. Personell turnover is inevitable in the long run (be it because of boredom or because of high pressure at the “center”), so there will be new people with fresh views coming in contact with the code – which, if not organized very carefully, causes the kind of friction described above. Also, stability is of high concern at the center, so it may be difficult to take new or current architectural ideas into account (there are limits to what refactoring can do). Which, again, might make it less attractive to work on (someone else’s baby). Old software is most probably “Hype Dead Software”.

Providing and maintaining a framework, platform, infrastructure appeals to software people because abstraction is their daily bread. But don’t fool yourself: it requires a long-term commitment, and in the end may be more about duty and reliability than about fun. And it’s an open question whether the problem you have abstracted and solved will actually be relevant, and will be considered relevant and valuable, long-term. 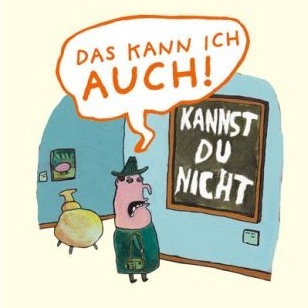 As Glenn pointed out, reloading properties is futile if the servlet engine returns an unchanged copy of the property file from its resource cache.

We need to find the real file anyway to check its last modification date, so overriding “loadProperties” to read from the file system absolutely makes sense.

Here’s an updated version, which correctly handles reloading of properties also from a ServletContextResource.